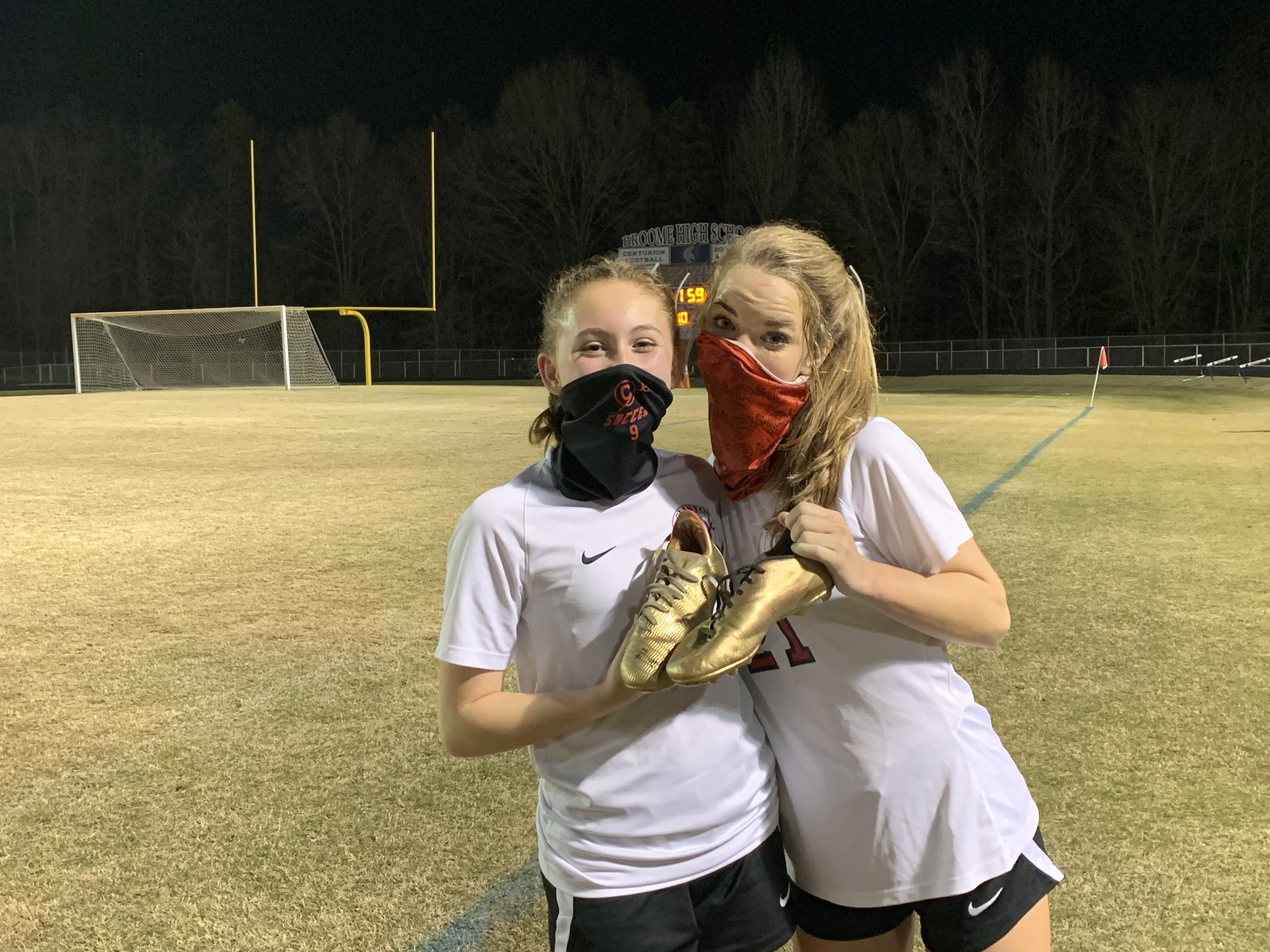 The Lady Red Devils earned an excellent team
win tonight with one of their better played games of the season. The 3-0 shut out of Broome may have not been their most impressive score of the season but the team play, passing , overlapping runs and switches showed another evolution of Clinton soccer. The Clinton girls were so dominate that they took a total of 38 shots compared to Broome’s 7. The score was kept low by excellent keeper work by Broome and some off-target shots. The attacking efforts were led by attacking player of the match Reese Gowan with 2 goals and 1 assist. That assist went to her little sister Riley. Our defense held the Centurions to only 7 shots over the 90 minutes. Gray Gardner had an impressive defensive showing on her first game back after an injury break, earning her defensive honors.